The Bon Odori festival, a first for Cebu, aims to promote cultural exchange between children of Japan and the Philippines. Held on August 8 and 9 at the Aboitiz Sports Field in Mandaue, the festival showcased different events such as a Cosplay contest, portable shrine, Shinurogudansu, Yukata, and a fireworks display. There were also several stalls selling everything from food, both Filipino and Japanese, to handicrafts that tell of the Japanese culture. All revenue of the event will be donated to victims of typhoon Yolanda (Haiyan) as well as the earthquake in Bohol.

I went to the event mainly to shoot the fireworks display, but as I roamed around I began to appreciate the essence of the event. The Bon Odori, in particular, was exciting not just for those who participated in the dance but for people in the sidelines, like me, as well. I was tempted to join in on the dance, which promised an entire year full of blessing, but it was hard to dance along while carrying all my photography gear. Oh well, maybe next time. 🙂

Here are some photos I took of the event. I did not shoot any cosplayer because it was already night and a single flash setup won’t do any justice to their intricate costumes. 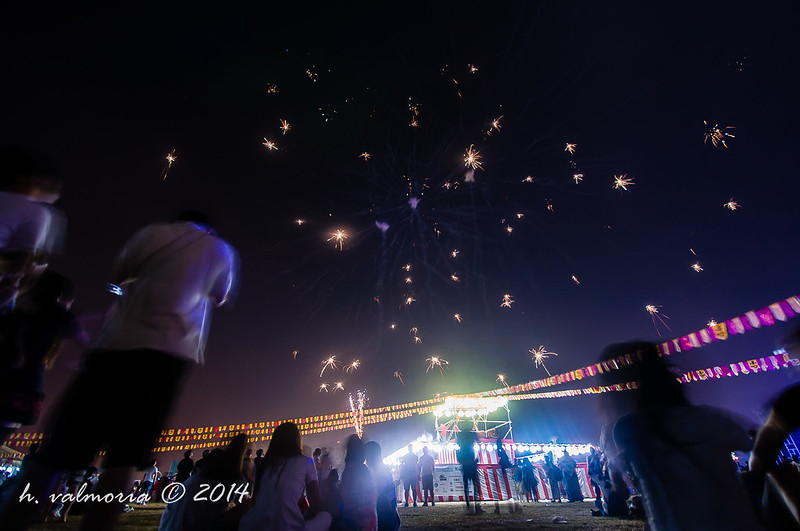